Kayaking on the Thames

Extending over 215 miles across southern England, the river Thames is not only one of the main tourist attractions in Britain, but also one of the most actively navigated waterways in the world, it has also become home to a variety of water sports.

With this in mind, when someone asks, -can you kayak on the river Thames?- our answer is, of course, you can!. The Thames is fit for many types of kayaking activities that we will explore in detail in this article. So if you want the lowdown on how you should go paddling on this emblematic river, we got you covered.

First and foremost, check for any licensing or permits the authorities may require. Then make sure you carry all the necessary equipment and clothing for your trip to be a satisfactory experience. Here are some of the essentials:

Personal Flotation Device: all paddlers must be wearing a Personal Floatation Device (PFD) while kayaking on the Thames. And it must remain well-adjusted at all times while also granting enough freedom of movement to allow you to swim comfortably and keep your head above the water if needed.

Clothing: we strongly recommend you wear bright-coloured or hi-vis clothing to improve your visibility to other vessels, this is extremely important when paddling in low light conditions or darkness, also remember to dress accordingly to the (forecast) weather conditions, this is:

Additional Equipment other items to keep with you at all times during your trips include:

Whatever the purpose of your paddling trip, The Thames is a perfect location, whether you go touring, racing, training, or on an expedition. one of the things that you should keep in mind is that the two parts of the river that kayakers use the most are its Tidal and Non-Tidal sections, this refers to how intense the tidal flow of the river goes at a particular portion of its stream. So different segments favour different types of paddling activities.

Tidal Section, also known as the Tideway: It goes from Teddington Lock to Woolwich, passing by Putney Bridge, Chelsea Bridge, London Bridge, and Greenwich Pier. The Tidal Section of the Thames is also subdivided into:

Although this segment flows through the suburbs of west London, it is also a more –rural– landscape than downstream. With much more green spaces, wildlife, fewer piers on the edge of the river, and much less commercial traffic.

The edge of the river in Central London is almost entirely walls and harbours. Thus resulting in the water being generally rougher and there being fewer places to get out of the river. It is because of these characteristics that the Central London section of the Thames is not especially recommended for recreational activities. Touring kayaks are a better choice instead, as they are better able to cope with the water and traffic conditions here.

Non-Tidal Section: above Teddington Lock in London, the Thames is freshwater, and there are a number of locks on the river 45 to be exact, each with one (or more) nearby weirs. These are managed by the Environment Agency (EA). They employ them to keep in mind the flow of water down the stream (most notably when there is a risk of flooding), which helps navigation above the tideway.

Some of these weirs are often used by kayakers and canoeists for the practise of whitewater slalom and playboating. Most specifically, Hambleden Weir, as well as Boulters Weir, have gone through EA authorised modifications for such use.

Some other spots for British freestyle kayakers we can mention are.

It is vital to acknowledge that navigating the tidal Thames below Putney Bridge is not a trip the novice kayaker should face alone. The river tide usually rises and falls by up to 24 ft (sometimes even twice a day). If you want to go for it, please make sure you do it in the company of a certified instructor.

Tables of predicted tide times are always available on the Port of London Authority (PLA) website as well as numerous other websites and smartphone apps. Apart from checking tide tables for predicted tide times, you can also account for the strength and direction of the wind.

On the Non-Tidal Section of the river, the dangers you might face are a little different. Aside from the occasional hidden underwater obstacles, rocks, and fallen trees, there is also the possibility you might encounter a washing machine type effect (underwater). These are called a “recirculating vertical Eddy.”

Simply put, weirs, being man-made structures, these “Eddies” can be formed by the stream of water hitting off a concrete ramp and can suck you down and keep you there. So please be extra careful when playboating on a weir, as they often kill by trapping people in the hydraulic circulation at their bases.

As we said before, the main course of the tidal Thames is mostly frequented by sea kayakers and experienced tourers due to its extension. It allows paddlers to cover great distances while enjoying the view of some of the landmark sites in London, including:

If you are more into admiring wildlife in its habitat, know that the Thames ecosystem is well-regarded as a “wildlife superhighway”. In it, you will be able to spot such exotic fishes such as the Wels catfish, sturgeons, at least three types of trouts (sea trouts, brown trouts, and rainbow trouts). Also (although now rare due to overfishing), the once prevalent salmon have been spotted on occasions. And in September, chances are you might have an encounter with some seals.

Where there are fish, birds are sure to follow! And, the Thames is no exception! So ready your camera and keep an eye out because cranes, swans, cormorants, Canadian, as well as Egyptian geese are permanent residents of the banks of the Thames.

Well, there you have it, friends! Kayaking in the Thames is actually one of the more adventurous destinations right in the UK’s Capital. So grab your licence, pick up your gear, and get ready to embark on one of Britain’s most rewarding trips. Paddle on!.

We are passionate about the outdoors, kayaking in particular. We have built this website to share all of the tips and tricks that we have learned along the way, we hope you have as much fun as we do. 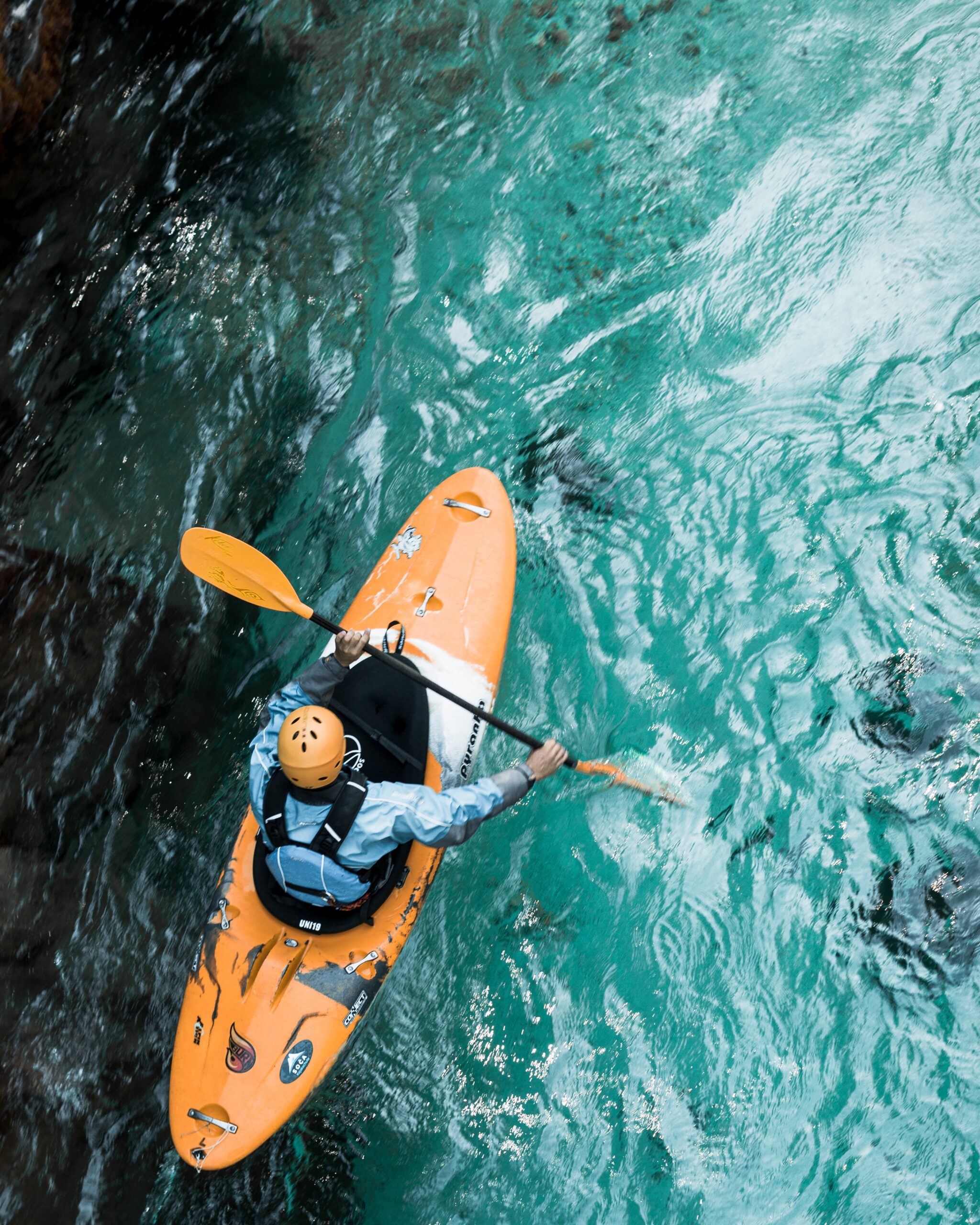 Planet-Kayak is part of an amazon affiliate programme, this means we may earn a small referral fee if a product is purchased from one of our referral links. This in no way affects the price you pay if you choose to purchase a product via one of our links. Amazon affiliate links help to support this website. Thank you for helping us produce valuable content.

Kayaking in the far east

The Far East is a term used to describe all the countries of East Asia. The Far East includes countries like China, Japan, and Thailand. There are many places to explore and many cultures to experience. What better way to explore all that the Far East has to offer...
Read More

Kayaking is ideal for you if you desire a surreal experience with nature. This favourite hobby of many is also bound to keep you physically and mentally fit. What if we told you that kayaking could also be your ticket around the world? Yes, you can visit some of the...
Read More

Kayaking Activities Kayaking is an enjoyable activity for many people. Getting out on the water brings about relaxation and serenity. While for others, the adventure and adrenaline rush is what they are seeking. With so many different types of kayaking, such as...
Read More

Gift Ideas For a Kayaker

With the holiday season fast approaching, we are all keen to find the perfect gifts for our loved ones. If you have friends or family that enjoy kayaking, then there is a whole range of gifts you can get them to make their Christmas extra special. We’ve compiled a...
Read More

What should I wear while kayaking?

When going kayaking, your choice of clothing must be based on two important factors. First off, the weather condition for safety and next, your comfort. It's a good thing both factors go hand-in-hand, and that's why when you wear a loose, long-sleeved shirt on a hot...
Read More

Kayaking in the USA

The United States is a dream location for kayakers. From Alaska to Florida, there’s a multitude of places to kayak. Whether you love kayaking on quiet lakes or wild rivers, the USA has some of the best kayak destinations in the world, no matter what skill level you...
Read More

Should I buy a Sit-in or Sit-on Kayak?

Should I buy a Sit-in or Sit-on Kayak? An important factor to consider when buying a kayak is what type of kayak to buy. There are two types of kayaks, a Sit-on-top (SOT) kayak or a Sit-inside kayak. This can be a confusing decision to make, especially if you are a...
Read More

Are Wetsuits Good For Kayaking?

If you’re looking to go Kayaking in the near future, then a question you might be asking yourself is whether or not you need to go out and purchase a wetsuit. They’re seen everywhere in the Water-sports arena, but why exactly are they suitable for kayaking? This...
Read More

Kayaking in Northern Europe Where are the best kayak holiday destinations in Europe? Is there something better than the mix of adventure and adrenaline that will feed your soul with unforgettable memories and will upgrade your level of experience? For everyone that...
Read More

The Health Benefits of Kayaking

The Health Benefits of Kayaking What comes to mind first when you think of kayaking? The calm and quiet you derive from the natural scenery that surrounds you as you paddle away? The energy surging through you as you navigate against the force of flowing water? Well,...
Read More